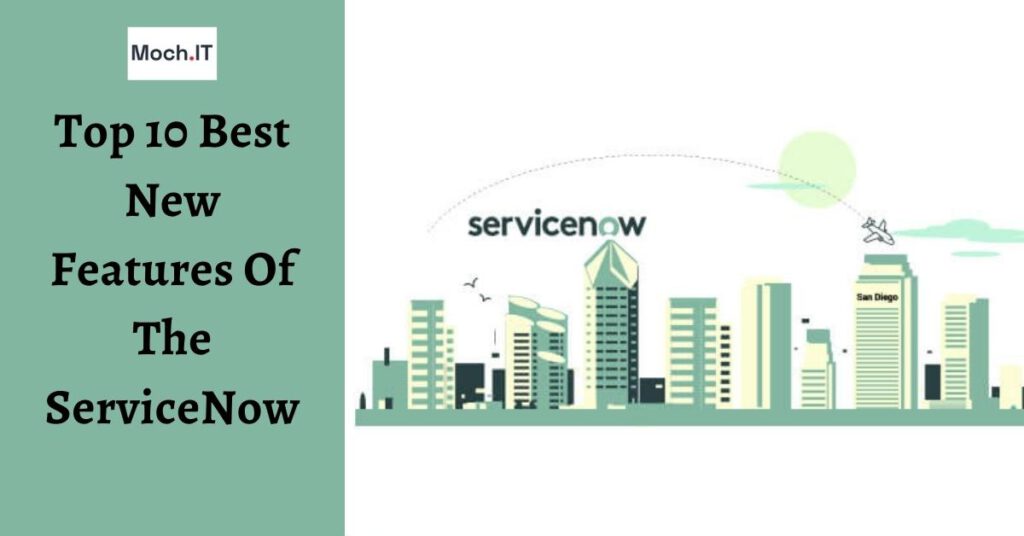 ServiceNow has been upgrading its version twice a year. With each upgrade, new features are added for a more significant experience. The latest version, San Diego, has brought new features in all sections. It has a bunch of excellent features for developers.

In this blog post, we will introduce the best features that San Diego gave attention to. So, let’s get started without further ado. 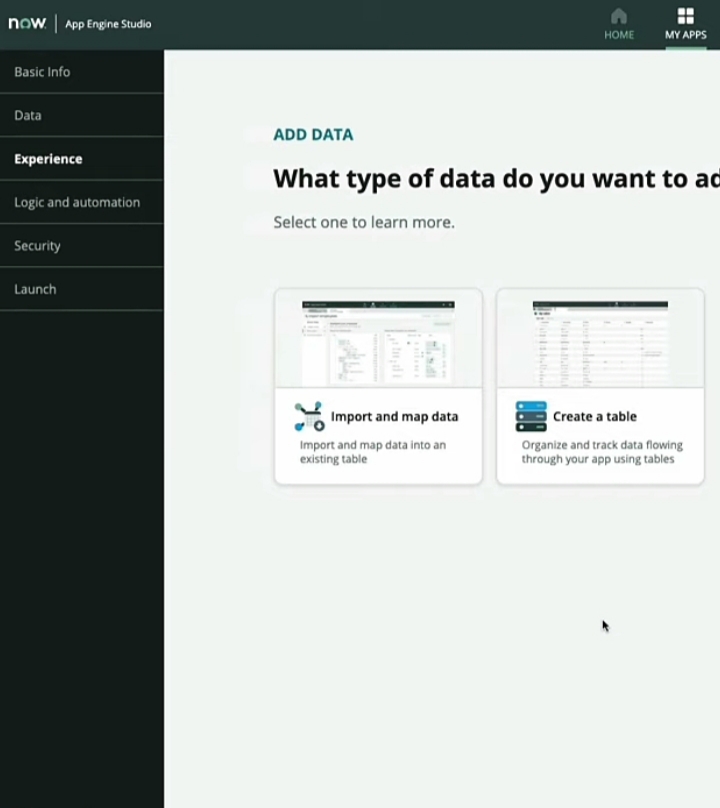 The App Engine Studio is already impressive. However, the San Diego version has enhanced it to a much greater extent. Here are the best features of the AES in the San Diego Version:

2. Unique Features For Next Experience UI

This is one of the San Diego version’s most prominent and remarkable features. Here are some excellent features that landed in this regard: 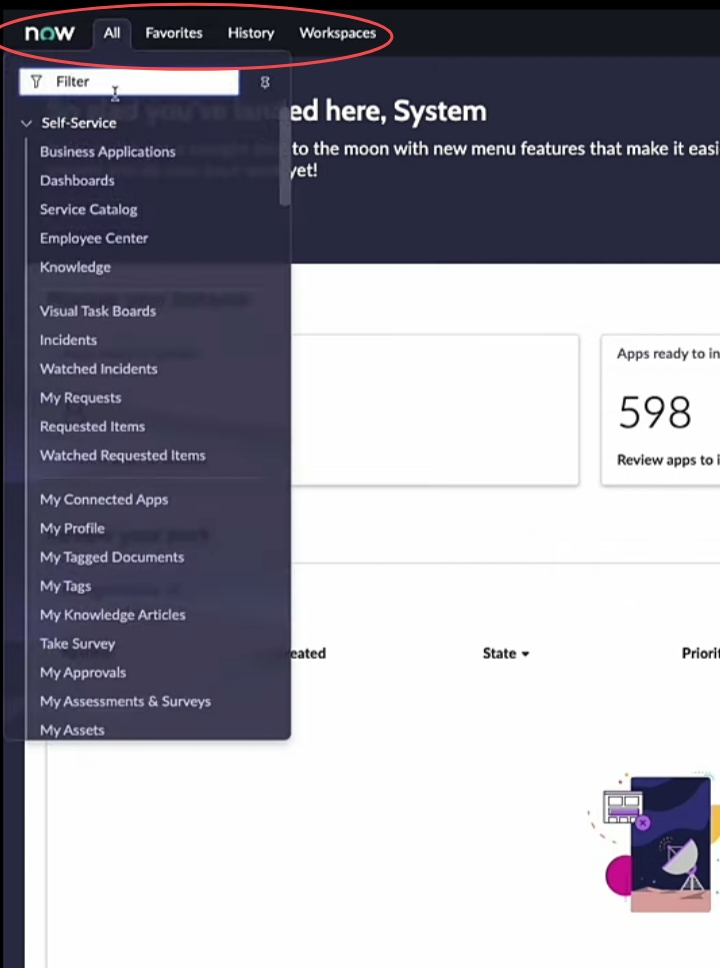 The Order Guide Sequencing feature enables you to reorder and create dependencies in the catalog items. Here is how you can use this feature:

There have been some excellent updates in the San Diego Virtual Agent. Recently, a new app called Conversational Interferences Home (CIH) has been added to the virtual agent. The app has impressive features that help you keep you manage both virtual and live agents while sitting in one place.

Furthermore, the app gives you a new experience by allowing you to set up, monitor, and manage both the agents. You can also easily provide a theme and configure the bots inside Service Portal. For this purpose, you need to go to Chat Settings.

Click on “Chat Settings” on the left side of the screen and adjust the settings manually. You can adjust settings for both virtual and agent chats. 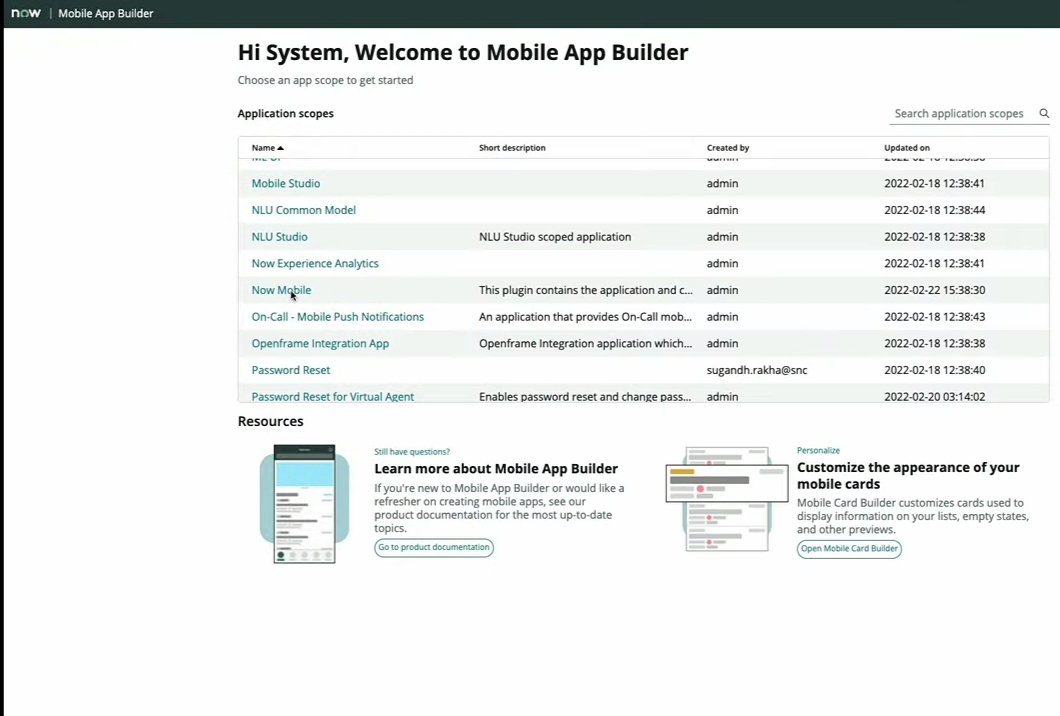 Mobile App Builder has been released before as well. However, the San Diego Version gives it incredible features. The app just keeps getting better and better with each update. Following are the updates made in the Mobile App Builder:

There are 8 screen types (given below) in the updated version of MPB. 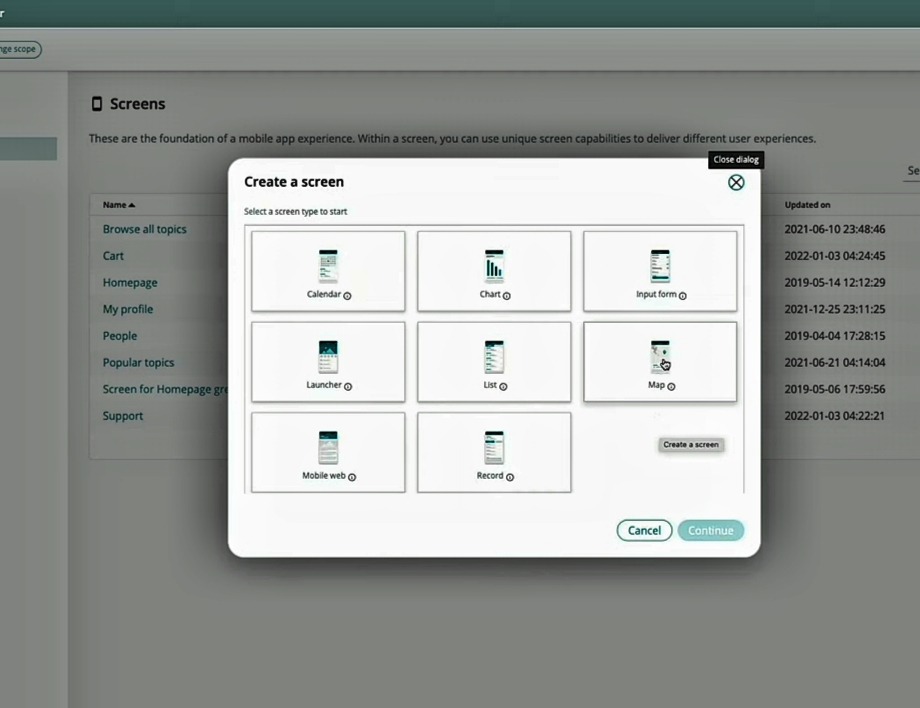 There have been many improvements in the Flow Designer in the San Diego Version. The features that have been added in the Flow version allow you to have a diagramming view. Here’s how you can use this new feature:

Furthermore, the update flow designer is better at error handling and debugging.

There have been numerous updates in the Integration Hub of the San Diego Version. These updates are listed below: 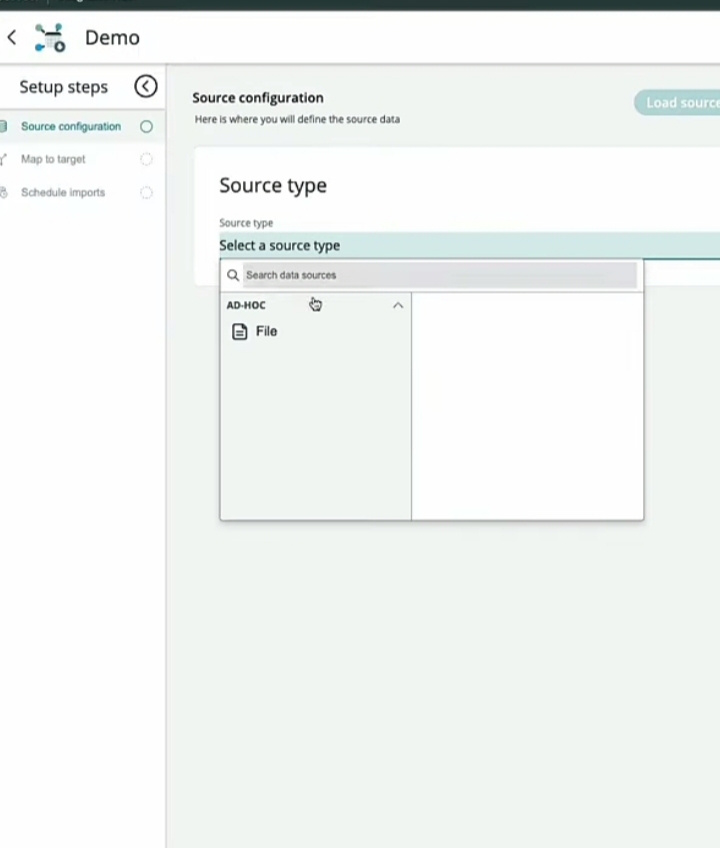 There are some excellent features in the Studio of San Diego version. In previous versions, the developer information sometimes got lost during stashing. However, the problem no longer exists in the San Diego version. Moreover, the preview option has been added too. That said, you can preview the changes stored in a stash.

Furthermore, you can publish apps in the application repository. You can also add changes directly to it. San Diego also allows you to publish customization to store applications developed by others.

The San Diego Version has added a repeater in the UI Builder. The repeater allows you to repeat the components in the loop. It has added a new editor and a much more enhanced layout system.

So far, we have discussed the new features that have been updated in the San Diego Version. The developers are obsessing over all these updates. You can also enjoy using them now since this blog post is all you need to know about ServiceNow’s new features.

Can I Change the Theme Of the ServiceNow Landing Page?

The San Diego Version allows you to change the theme of the ServiceNow Landing Page. You can switch from Bright Mode to Dark Mode and Vice Versa.

Why Does The Developer Information disappear while stashing?

In previous releases, the developer information used to vanish while stashing. However, the San Diego Version has fixed the problem. Now, you can also preview it before stashing.

San Diego has shown significant advancement in ServiceNow. It has brought some of the best features that make it easy for developers to work efficiently. 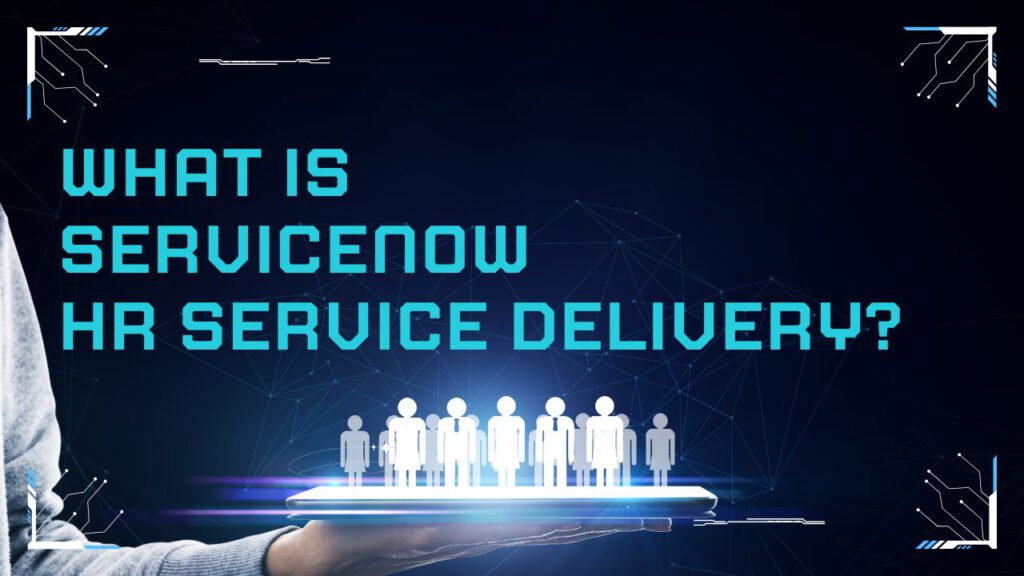 It’s amazing how companies want to establish a strong foothold within their management to promote healthy work-life balance among their employees. That’s where the... 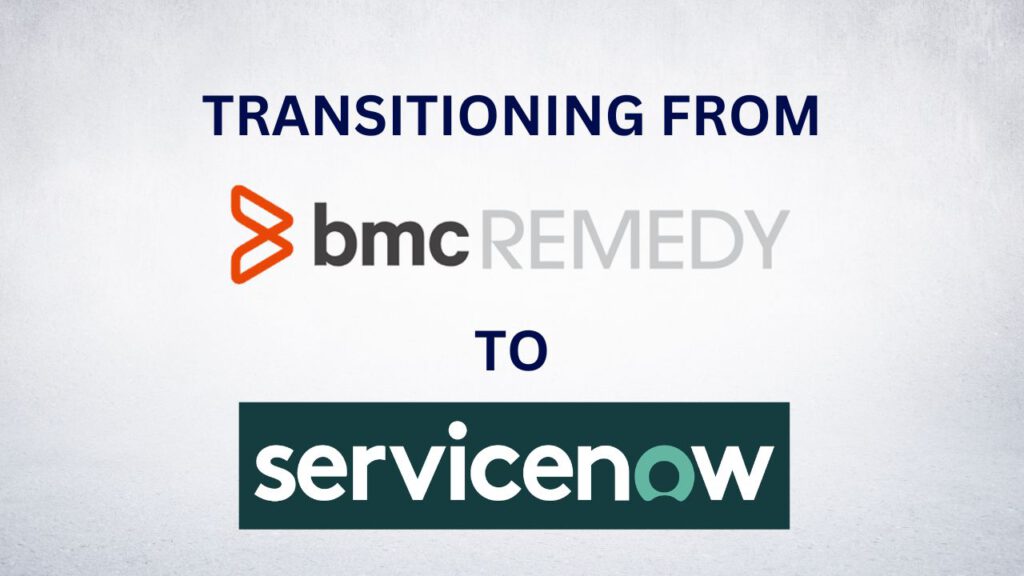 Can you imagine a business migrating from its ITSM tool to another one? Yes! It’s not so surprising especially if the ITSM tool being...

Envision success with Moch.IT by exploring the ServiceNow platform

Leading from the front on business transformation, our focus is helping clients align their technology with their business goals, and delivering the tools and processes needed to support your business outcomes.

Facebook Linkedin
We use cookies on our website to give you the most relevant experience by remembering your preferences and repeat visits. By clicking “Accept All”, you consent to the use of ALL the cookies. However, you may visit "Cookie Settings" to provide a controlled consent.
Cookie SettingsAccept All
Manage consent

This website uses cookies to improve your experience while you navigate through the website. Out of these, the cookies that are categorized as necessary are stored on your browser as they are essential for the working of basic functionalities of the website. We also use third-party cookies that help us analyze and understand how you use this website. These cookies will be stored in your browser only with your consent. You also have the option to opt-out of these cookies. But opting out of some of these cookies may affect your browsing experience.
Necessary Always Enabled
Necessary cookies are absolutely essential for the website to function properly. These cookies ensure basic functionalities and security features of the website, anonymously.
Functional
Functional cookies help to perform certain functionalities like sharing the content of the website on social media platforms, collect feedbacks, and other third-party features.
Performance
Performance cookies are used to understand and analyze the key performance indexes of the website which helps in delivering a better user experience for the visitors.
Analytics
Analytical cookies are used to understand how visitors interact with the website. These cookies help provide information on metrics the number of visitors, bounce rate, traffic source, etc.
Advertisement
Advertisement cookies are used to provide visitors with relevant ads and marketing campaigns. These cookies track visitors across websites and collect information to provide customized ads.
Others
Other uncategorized cookies are those that are being analyzed and have not been classified into a category as yet.
SAVE & ACCEPT